Diwali is derived from the Sanskrit word Deepavali which means row of lights. So, this festival is celebrated by lighting lamps (usually earthen lamps) all around the houses and offices. It symbolises light as the victory over darkness.

Diwali is a festival that is celebrated more extravagantly than any other festival. It is the day that connects us all and we all come together for greeting each other and exchanging gifts. We buy sweets, gift hampers, new clothes, new home decor items, diyas, lights etc.

To make the day memorable and follow our old traditions. Diwali offers would let you get everything you need at affordable price range. We all know the legendary story of Lord Rama coming back to home after defeating evil king Ravana on Diwali.

The festival is being celebrated not just by the Hindus in India, but by people of all languages, regions, religions and communities.

Lots of commentators say that here are many stories of Diwali and there are more than  300 versions of Ramayana. A great pride was taken in saying how Indian culture spread across South Asia in Myanmar, Thailand, Indonesia, Malaysia, Singapore, Java, Bali, Trinidad, Fiji, Philippines, Nepal, Sri Lanka etc.

When we talk about West Bengal at that place Goddess Kali is worshipped during Diwali festival. To restore peace in heaven and earth Goddess Durga incarnated in goddess Kali. She killed all the demons that came in her way and after losing control she started killing anything that came in her way.

To stop her lord Shiva lay down on her path and after stepping on Lord Shiva she came back to her senses. So, Diwali is celebrated to commemorate the containment of Goddess Kali’s rage.

The meaning of Budhi Diwali is old Diwali and it is celebrated in Himachal Pradesh. So, the legend goes like this…

When Lord Rama came to Ayodhya after 14 years of exile people celebrated the day by lighting diyas all over the place and distributed sweets everywhere. But many places Himachal Pradesh lies in the core mountainous northern region so, the news of the return of Lord Rama came 1 month later. hence, they started the celebration one month after the actual return of the king. Since then Diwali is celebrated one month after other parts have celebrated this day.

There are many reasons why Diwali is celebrated among the Sikh community. The first and the foremost is that the third Sikh guru Amar Das institutionalised this day as one when all the members of the community can come together and receive the blessings of Sikh guru.

Another one is that Guru Hargobind ji who was held prisoner by Mughal emperor Jahangir was liberated from prison on this day. Also, Golden temple got its foundation stone on this day.

King Mahabali was powerful king and defeated all the gods and enslaved goddess Lakshmi. Vaman(the fifth avatar of Vishnu) approached Mahabali and rescued goddess Lakshmi from his captivity. Thus on the third day of Diwali Lakshmi is worshipped.

It is widely believed that the crowning of King Vikramaditya had done the day after Diwali. The day is called Padwa or Varshapratipada.

6. Return of Pandavas after their thirteen years of exile:

When Pandavas returned to Hastinapur after their thirteen years of exile. People who loved him people welcomed them with the lamps.

These are some of the life lessons that we can take from ‘RAMAMYANA’ to make our personal, family and social life better. 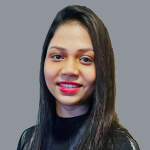 Narak Chaturdashi: The Story of Shri Krishna and Satyabhama’s victory over evil

Dhanteras: A Day of Prosperity and Bountiful Fortune

How to Start an Online Fashion Business with Rs 10,000 Initial Investment