The founder of the $2 billion business shares how she’s grown as a leader, how she pays it forward, and how she handles bad news.

Stitch Fix has changed the way consumers shop. The online styling brand launched in 2011, winning over female customers with personalized selections of clothing sent directly to their door. (No more mall visits!)
The brand then expanded to men’s and kids’ clothing and, since going public in 2017, has seen annual revenue approach $2 billion. Meanwhile, founder and CEO Katrina Lake has gone through her own evolution.
She’s thinking about growth differently — less about speed, more about long-term sustainability — and has learned the importance of keeping her staff updated on all news, even the bad kind. She’s aware that as a young female CEO, all eyes are on her, but she’s learned to pay it forward to other young founders and embrace her role in the shifting landscape of startup culture. Because with every Stitch Fix win, she knows she’s helping create change. 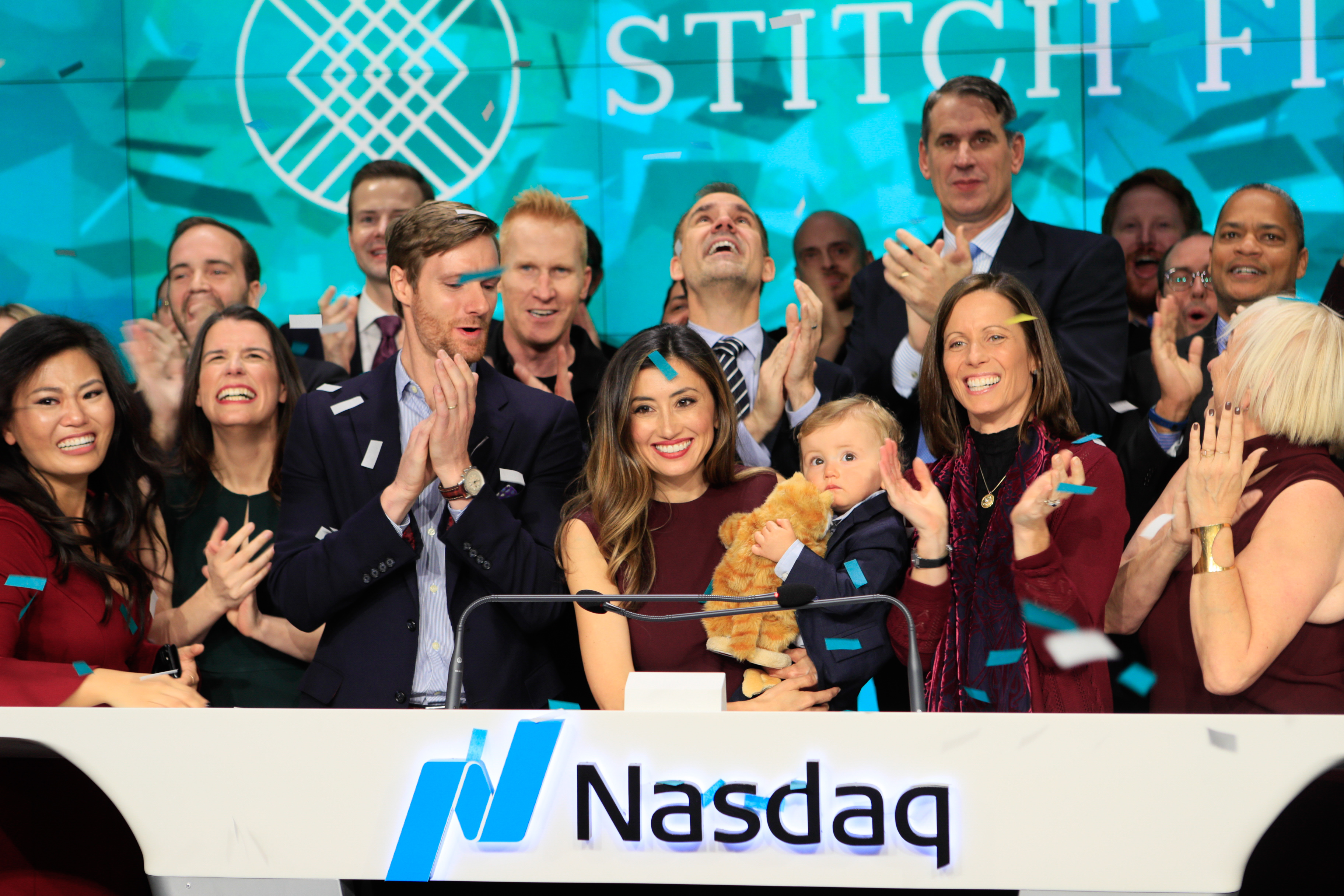 Stitch Fix had a great 2019, increasing revenue 29 per cent to $1.6 billion. Since going public in 2017, have you changed the way you approach your goals and efforts to continue improving?
Operating at this scale and being public — and feeling like we’re competing for dollars and shareholders with all these incredible companies, some of which have been around for decades and decades — has given us a longer-term view of the company.
Where do we want to be not just next year, but in 10 years? I see the business now more through the lens that a public market investor looks through. And that’s a different mindset — to go from an entrepreneur who’ll build and grow something really fast to somebody who’s running a company that intends to create value year after year for a long period of time.
Was it difficult to flex that muscle as a founder?
I wouldn’t say it was a muscle I ever had. I spend a lot of time now reading books that public market investor friends of mine recommended, and really trying to understand how they think.
How much has your network of friends and peers helped guide you through this change?
Honestly, I lean more on our investors — we used to have two or three, and now as a public company, we have thousands. So it’s much easier to gather thoughts and feedback about what we’re doing, and what we could be doing better. 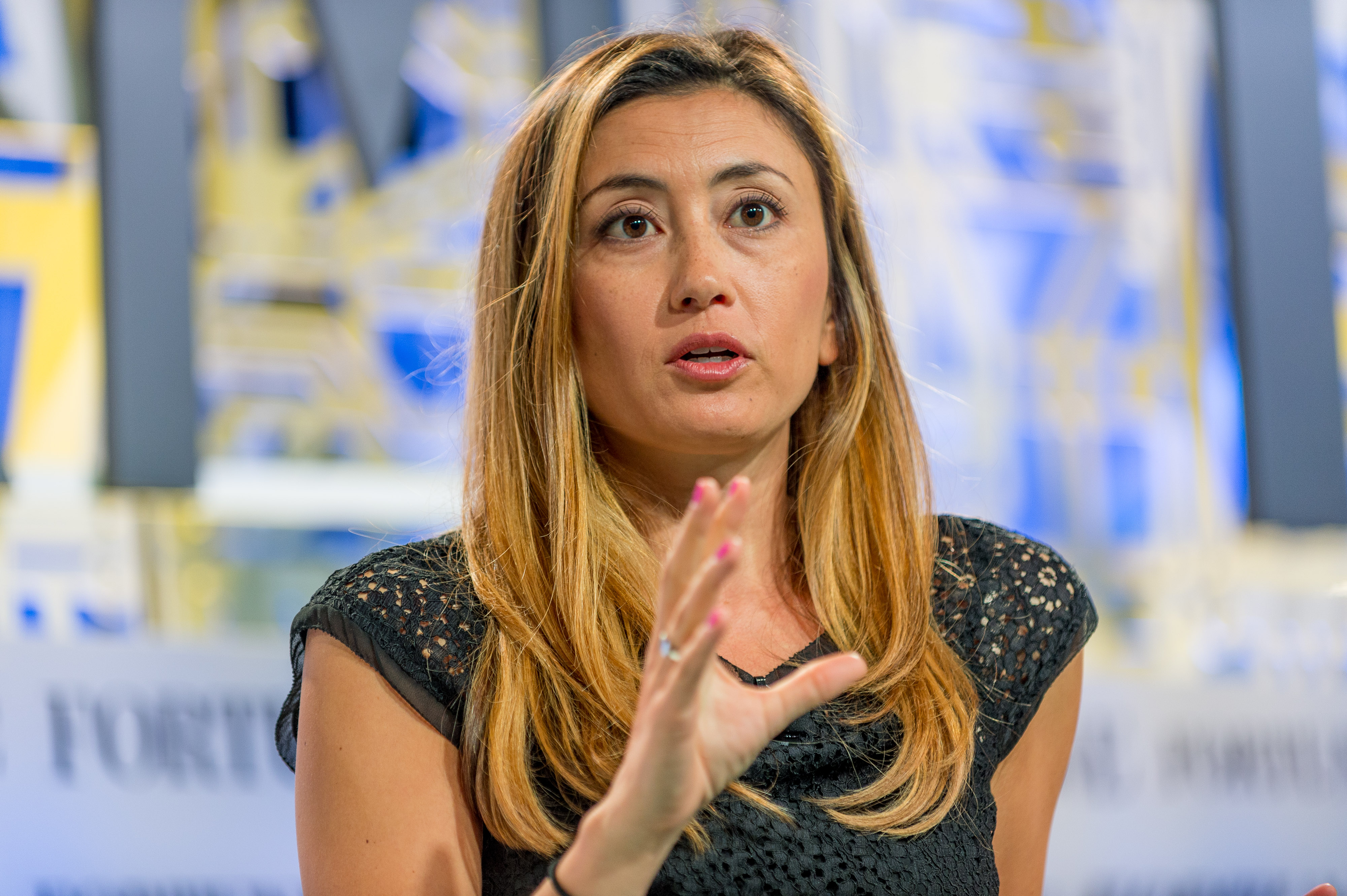 Can that feel like an overwhelming amount of advice?
It’s both a gift and a challenge to have lots of ideas — think about doing a brainstorming session and then all of a sudden you have 50 ideas to execute instead of three.
But I’ve learned to prioritize the ideas that bring the most value, and that’s given me the tools to explain those decisions to investors: “This direct-buy initiative will have a huge ROI, and this idea around X or Y might be interesting someday, but we’re focusing first on higher-­value opportunities.”
People love to talk about Stitch Fix’s habit of hiring actual rocket scientists to the data team to improve intelligence used to personalize customers’ offerings. At this point, how much room for improvement is there?
There’s never going to be a sense of Oh, we solved it! There’s a constant evolution in people’s personal style — you might love something today but not next year. That’s the challenge. Our predictive models are very strong, but they’re not 100 per cent.
And I don’t expect that they ever will be. Our success rates have improved dramatically since 2014, and we have the data to show that. The more we get to know people, the more we understand people.
What do you do when a customer isn’t happy?
Eighty-five per cent of our customers choose to share feedback: I didn’t like this; I just had a sweater in a similar colour; these pants are too long. I’ve never once filled out a survey to let a company know what I did and did not like about an item of clothing, but our clients do that regularly.
That helps us add the human element and serve them better. Sometimes things will be great, sometimes they may not be great, but we’re here to listen and help. 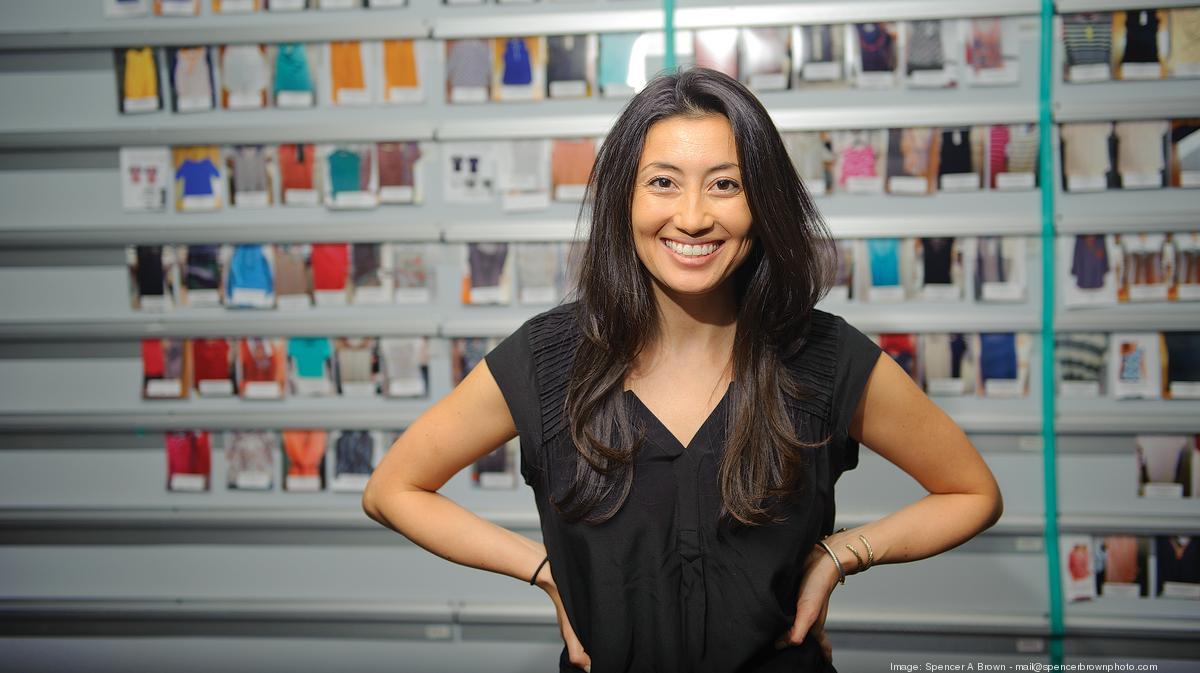 You get a lot of attention for being a young female founder in tech. Do those monikers ever get tough to embrace or feel like a burden, or is it something you’re happy to lean into?
No matter how I feel about it at any given moment, it is very important for somebody like me to be in a role like I am, and to be visible and show possibility. I know that from my own upbringing: I never thought entrepreneurship was for me, and nobody ever told me as a kindergartner that someday I’d be a CEO.
And yes, for a long time I was reluctant to be categorized as a great female CEO — can’t I just be a great CEO? But I hope there will be many, many more. When I took the company public, I was the youngest female founder ever to do so, and I hope that title doesn’t last long.
What was your experience like in the earliest days, as a woman building a brand that would primarily serve women?
Fundraising was really challenging for all kinds of reasons, but mostly because there just aren’t enough female investors out there. VCs are the ones who decide what gets funded. They decide which people will become leaders. They decide who our children are going to work for.
Those are really, really important decisions being made by a relatively homogeneous group of people. But the good news is, success ignites the capitalist part of a VC — and there are 50 VCs out there who passed on Stitch Fix. So they’re now looking at the market and trying to not make that kind of miss again.
Now that you are in a position of power, what are you doing to support founders who might not be getting the attention they’re seeking?
I’m generally only able to take one or two non–Stitch Fix meetings a week — I just can’t do more given the demands of my day job. But I do this thing on Instagram called Mentoring Mondays, where I post a Q&A and throughout the course of my day find time here and there to answer questions from people who write in.
If I have a sit-down meeting with Susie, there’s no scale to that, even though we might have talked about something that would be helpful to thousands of people. So doing these sessions on Instagram, it’s very scalable, and the info is captured and available to everyone. 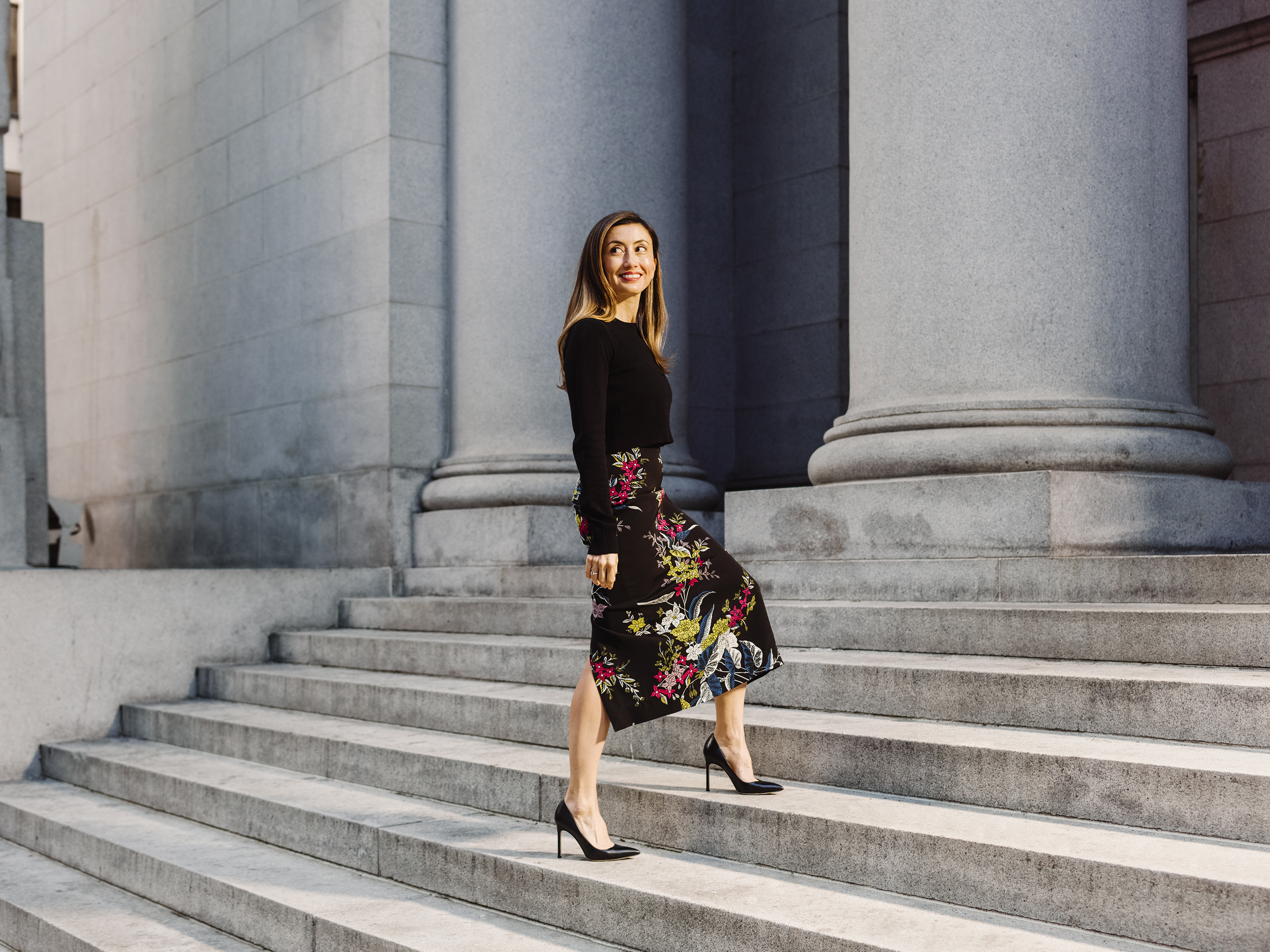 Over the past nine years, how have you changed as a leader? The IPO was, of course, a milestone, but what are some other moments that really affected your leadership style?
Teams are built in hard times, and lucky for us, we’ve had a lot of those. In the early days of the company, there was a time when we were eight weeks away from not making payroll, and I was so stressed-out thinking about the two people on my management team who had mortgages and kids.
And I thought, Should I bring them along and tell them what’s going on, or is it too scary for them to know? But ultimately, I told them, and because they were financially responsible adults — which I wasn’t at the time — they were more concerned about the company than how they would personally be impacted. That was a pivotal moment for me.
How has that lesson stuck with you?
It’s really helped me bring the team together. I’m not sure if this is the right analogy, but it’s like when you only see someone post pretty pictures on Instagram, you kind of know that their life isn’t really like that all the time, right?
It’s the same thing as a leader — if you only stand up and talk to your team about the good things happening at the business, it’s just not authentic. And the people in the room know better. 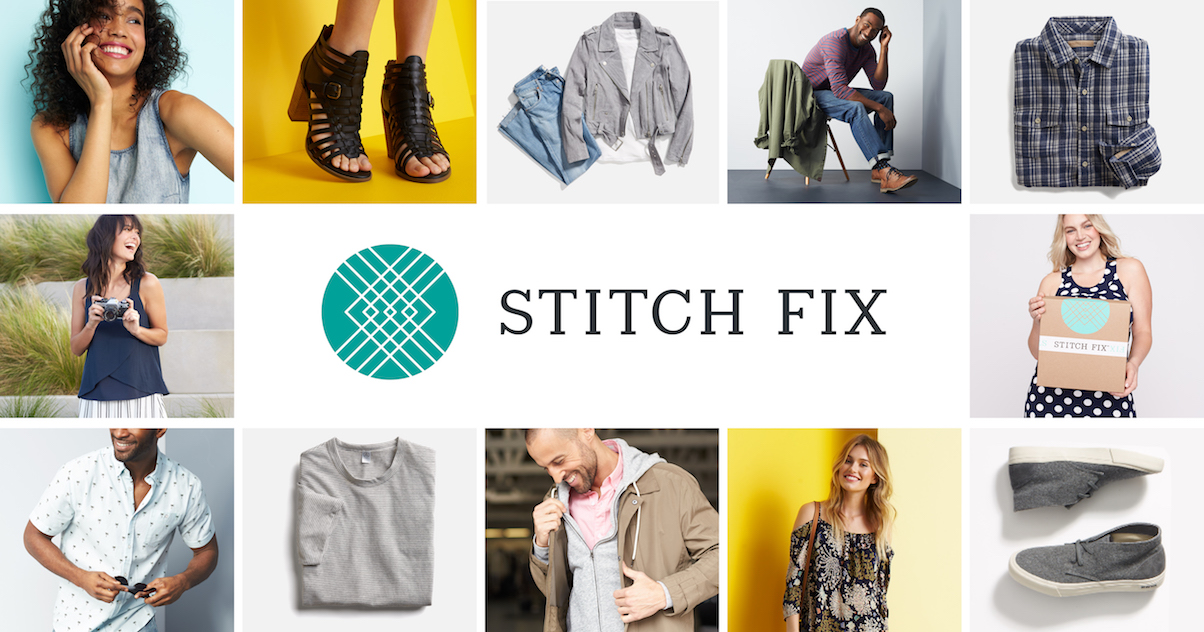